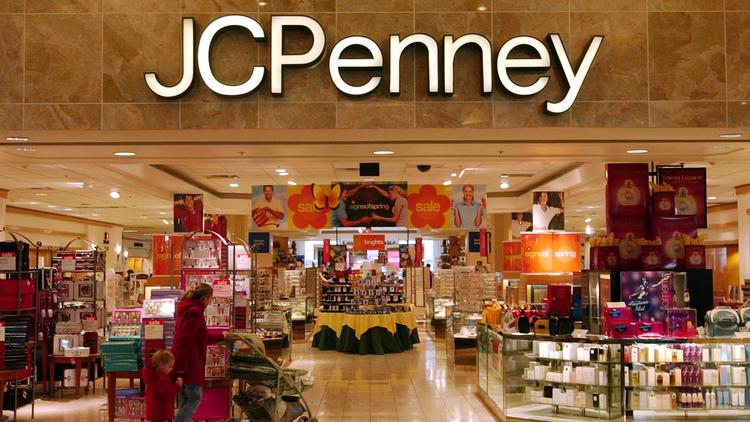 J.C. Penny is a well-known department store located in United States, which was established by James Cash Penny, over a century ago, in the year 1902. Initially, it was a dry goods store but with the passage of time, strong beliefs, fair treatment to the workers and practical use of financial resources, the store expanded into a department store and became one of its kind in America, as it employees about 150,000 people in 1100 stores (Guinto, 2011). The company offered fair prices to its customers and ensured even the middle-class were able to purchase products from their stores.

In the last decade of 1900s J.C. Penny was among the top retailers in the U.S. (Lutz, 2013), and was a successful brick-and-mortar store in the country. When things got out of control from Allen Questrom, then Mike Ullman in 2004, took over the position as the 9th CEO of J.C. Penny to save it from bankruptcy and ensure stability in the company and its processes (Guinto, 2011). During his time period at J.C. Penny he invested financially and ethically in to the business, by bringing technological advancement, online retailing, customer survey etc. to ensure what the customers prefer and like about the store and stabilized company’s economy until 2007, when the global economy was shook and faced recession (Guinto, 2011). After, which the company faced substantial struggles and competition from its rival, but nothing worked out, after which Mark Ullman was replaced by Ron Johnson in 2011, who formerly worked at Apple as a Chief Marketing Officer (Guinto, 2011).

After his succession at J.C. Penny, introduced his master plan to transform the store in 2012, and make the store inclusive of all gender groups including youngsters, changing the logo, store layout. Introducing a fair and square model, whose purpose was to keep the regular and affordable prices for the products around the year, instead of high prices during the normal days followed by numerous sales and coupons etc. (Trewe, 2013). After implementing this strategy in June, the stocks jumped at 19.7pc and closed at $26.57, being the lowest for their company after Black Monday (Brown, 2012). But the board members were still pessimist, even though the profit and revenue were on a constant decline, due to no sales, the customer’s did not chose to visit the store anymore, due to lack of sales and other price reduction opportunities for products. Which was a clear sign that their, “no sales or coupons” strategy was becoming a fail (Brownell, 2012).

The global scenario is changing with rapid increase in brands and designer stores offering luxury products with expensive prices, giving a tough competition to the existing stores, but they get leverage with sales and other offers around the year. The issue with Johnson’s pricing strategy was that it did not understand the mindset of people, and continued with their fair and square strategy and people chose to visit other stores as they did not offer any deep sales to attract people, and the steps they took about sales and offers during the Holiday season in 2012, looked unplanned to the public, and an effort to do what others are doing, bringing very low sales during that period, and utmost reduction in revenue almost 35pc, from the peak hit. (Tuttle, 2012, Levine-Weinberg, 2013).

The model presented by Johnson, was not effective because the brand already had a significant repute in the community, when this strategy would be suitable for a startup business. The strategy did not focus on the existing customers and their needs and had bargained on the future of J.C. Penny and its stock value (Tuttle, 2012).

Johnson’s pricing strategy has posed a significant loss to the customers and company’s sales, a customer friendly pricing strategy would have helped the company to regain its original position, but the focus on continuing this strategy for a longer period of time has caused the damage beyond mending. J.C. Penny’s major customer were women of middle age who enjoy window shopping and during that making a decision to shop, but with this strategy they preferred not going to the store anymore due to lack of sales, and the consistent prices were not attractive enough for them to buy the products from there, as the old feel was missing from the store which they were accustomed to as visiting a favorite store develops a sense of familiarity and comfort in the customer, which the old customers were unable to feel any longer. Johnson should have adapted to the changed environment and nature of the department store, as compared to Apple, middle-class people are not used to buying products without bargaining or offers such as sales and coupons.

Due to continuous failed marketing strategies, J.C. Penny has lost connectivity with its customers and a gap has been created between both ends. The customers have lost emotional attachment for the store, as the changed marketing attitude has made them question the purpose of this store. In my recommendation, the marketing strategists should focus on slowly bringing back the customer trust and providing them with occasional opportunities to visit the store and relive the old shopping experience, with the help of reward points etc. with this reward program J.C. Penny will be able to build customer relation once again, and this service can be provided online and on mobile apps where the customers can keep track of their points for future visits. The logo of any company represents the services they opt to provide, but with J.C. Penny’s new moto “Enough. Is. Enough” sent out a negative impression to its customers. A change in logo by bringing out a positive message about the department store can gain them more customers, and the old customers will also want to return. Another strategy which can be used is to ask a celebrity or spokesperson to endorse their brand, who is admired by the general public, to bring back old image and feel. Also, the target group needs to be extended so that its inclusive of all ages, so families come together to shop from the store.

Tuttle, B. (2012). J.C. Penney would be doing great if the stores were less like J.C. Penney. Time. Retrieved from: http://business.time.com/2012/09/21/jcpenney-would-be-doing-great-if-the-stores-were-less-like-jcpenney